Go Green with Solar: The Story of Green Mountain Solar

The benefits of solar energy for the environment as told by someone who lives it every day personally and professionally: the president of Green Mountain Solar. 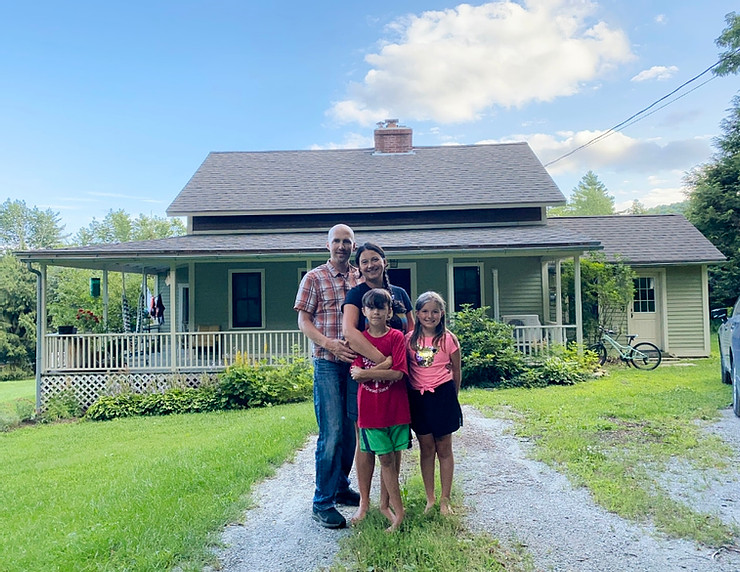 One of the many reasons to go solar is to go green in a meaningful way. According to the Energy Action Network, 80% of the greenhouse gas emissions in Vermont are attributed to transportation, heating, and electricity production­—and Paul Lesure has been able to address all three predominantly with his solar panels.

And solar isn’t just a way for him to shrink his own carbon footprint. Paul is the president of Green Mountain Solar, so this renewable energy is also an accessible way to help others make the same impact.

He shares the benefits of solar energy for the environment, and why it matters beyond his own front door.

Green Mountain Solar: How did you get into the solar industry?

Paul Lesure: My two grandfathers were both in energy. One was an engineer building nuclear power plants in the 60s and 70s. The other was a CFO of an oil company. And looking at the legacy of what they did, I didn’t believe in either, but I really believe in the power of energy to transform the world.

I have an environmental conservation degree in my background. I also was national sales manager for a different solar equipment company that had 120 dealers in 38 states. I believe in cleaner, greener energy. And the reason I focus on end-user solar is because I believe in a democratic energy solution. Solar’s clean, accessible, reliable nature—where you can pretty much use it effectively anywhere—really appealed to me.

And then the ability to allow homeowners to own it, so that they’re not the whim and whimsy of a utility, really fit with my belief system and my goal of transforming the energy footprint of my community.

GMS: What system you have set up for yourself?

Paul: I have a 20-panel tracker with 20 LG 300-watt modules and a 6-kilowatt inverter. I got the tracker when I was working for the company that makes them so that financially made a lot of sense. But a ground mount would have worked just as well.

Either way, we had to do something on the ground because we have an 1840s farmhouse with a small roof surface, so I only could have done 8 panels on our roof versus the 20 I needed. 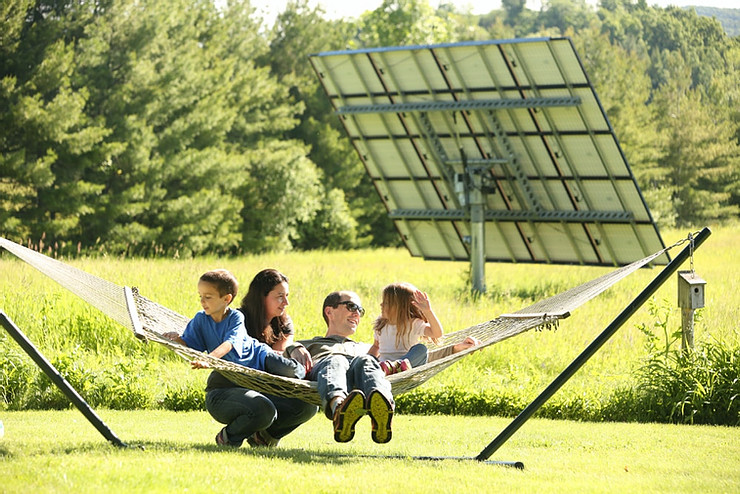 Paul: The fun nature of moving into an old farmhouse and fixing it up appealed to us. I grew up in a very drafty, 1870s house. My room was consistently cold. It was so drafty and there was static everywhere—you’d get shocked any time you tried to touch a light switch. And my best friend and neighbor lived in a modern house that was passive solar, solar water, photovoltaic—the difference was astonishing.

So, when I bought my own house, yes, I bought an old, drafty farmhouse, but my goal has been to make the farmhouse net-zero, or as close to possible as we can.

Also, having an environmental conservation degree in my background and having that ethos of reducing my footprint, solar has made 100% sense. Our goal has been to make the farmhouse net-zero, or as close to possible as we can.

GMS: Have you hit your net-zero goal?

Paul: We’ve owned the house for 10 years and we’ve been near net-zero for the last 4, between efficiency projects, adding a heat pump, and adding the solar. Our one vice is still the gas cooktop, we like to cook and haven’t found an electric that provides the same quality yet. (We’ve swung a little away from that now that I’ve added the electric car—our solar doesn’t quite offset that, but it does still offset the house.)

GMS: Is that really feasible in Vermont where the winters are so cold?

Paul: We haven’t used our oil furnace system in over three years, and we’re planning on tearing that out entirely. Between our electric-powered heat pump and a wood stove, we’re covered. I’m no longer paying for 500 gallons of oil a year. I paid for my solar and heat pump, and that’s long since paid off.

GMS: What else have you done to get down to net-zero?

Paul: There are two parts to the puzzle when you’re trying to get something to as close to net-zero as possible. Efficiency is key because, to get my house to net zero, I couldn’t do that with an oil system. So, I had to look at: OK, how can I re-heat my house and do that efficiently. Heat pumps do that—they have a really high-efficiency rating. Our oil furnace was about a .87:1 efficiency, in terms of the energy-in to energy-out. Whereas our heat pump is almost a 2:1 and can push as high as 3:1.

Other simple things like sealing off air drafts and re-insulating certain sections are also key because they’re helping to reduce my overall footprint. There’s no sense in producing a ton of energy just to have it go right out of your house.

But equally weighted is that solar. Because I have to look at my options for re-powering my home. And solar provides me with that ability to now own my own electricity source, have it be green and local, and really make that final jump to net zero with the power I choose.

GMS: How does solar stack up to other renewable resources?

Paul: Solar is the easy and accessible one. We live on a hillside and there’s wind, but we live on the wrong side of the hill for the prevailing wind. We have a small brook in our yard that someone in the past had tried to harness for a micro-hydro system. Unfortunately, our brook is extremely seasonal. It’s a raging torrent in spring, and then in summer, on a dry year, there’s almost no water at all. So, it wouldn’t be able to provide me what I need consistently. Solar, I can quickly go out in my yard, measure my solar access, design a system based on my anticipated needs with a heat pump, and change over the power of my house quickly, easily, efficiently, and confidently.

GMS: Do you have a battery?

Paul: Not yet! But we’re always one of the last houses to get the power back on during an outage. In the 10 years I’ve owned the house, we’ve lost power for multiple days, multiple times, with the highest being 8 days straight without power. I was going and getting water from my brook.

I look forward to having the resilience of having a battery and that my little house will be totally self-sufficient. My solar array will be able to power the battery. It’ll be able to keep our freezers where we store a lot of our food from the summer gardens in. And it won’t necessarily keep the heat pump on, but I do have the wood stove to keep my house warm.

Related: Battery Backup for Solar Panels: What to Know

GMS: What are your goals for solar, beyond your doors?

My goal has always been to make renewable energy accessible. At solar’s roots, you have the more earthy, crunchy-hippy people that were way out in the lead people that really drove the adoption and development of solar. It’s where solar comes from, but that level of adoption doesn’t always scale.

My goal is always is to figure out how other people can do it. With my own house, I’m showing that it can be done and hopefully really scaling the adoption and helping my community see that it’s not some crazy thing. It’s do-able, and they too can harness the power of that energy, save money, and create a greener energy system.

Inspired? Contact one of our solar advisors to get started.

Read on: Vermont Fitness Director Gets an Edge from Solar Energy at Home 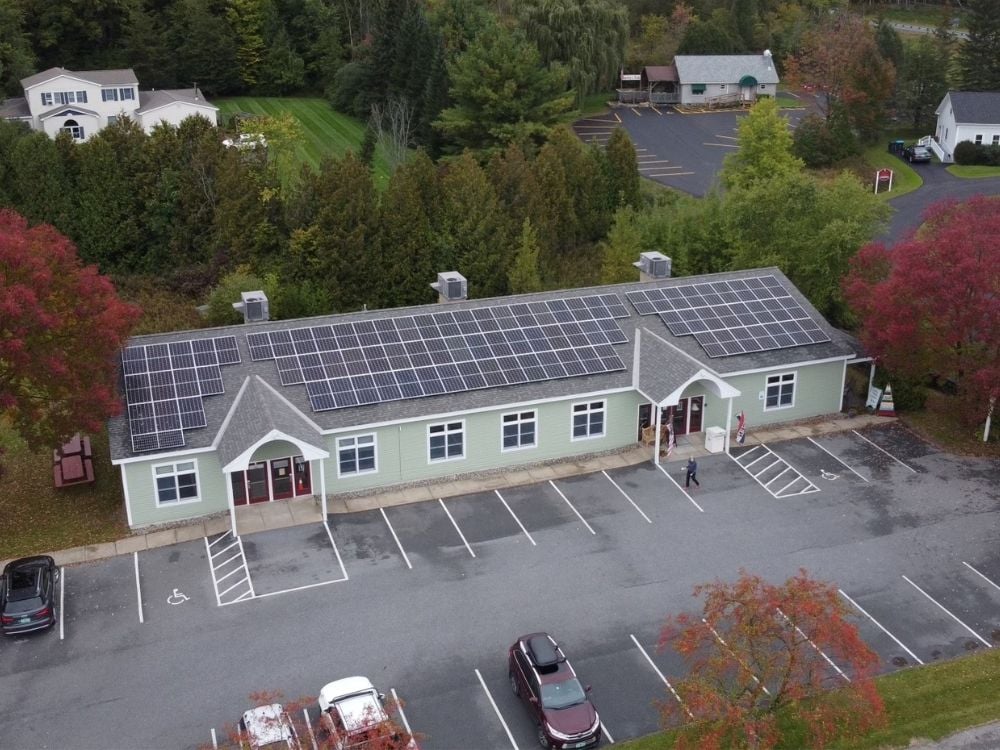 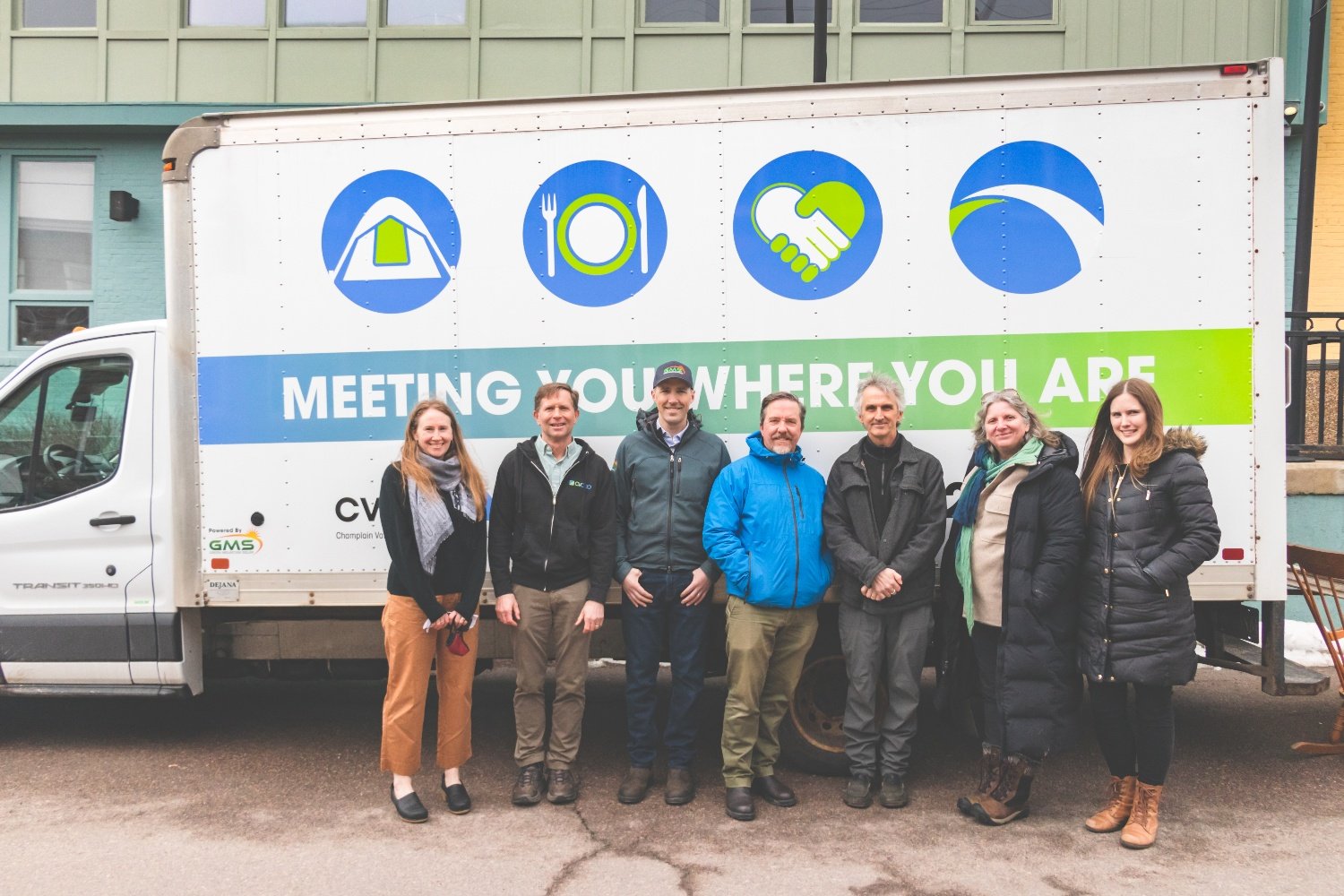 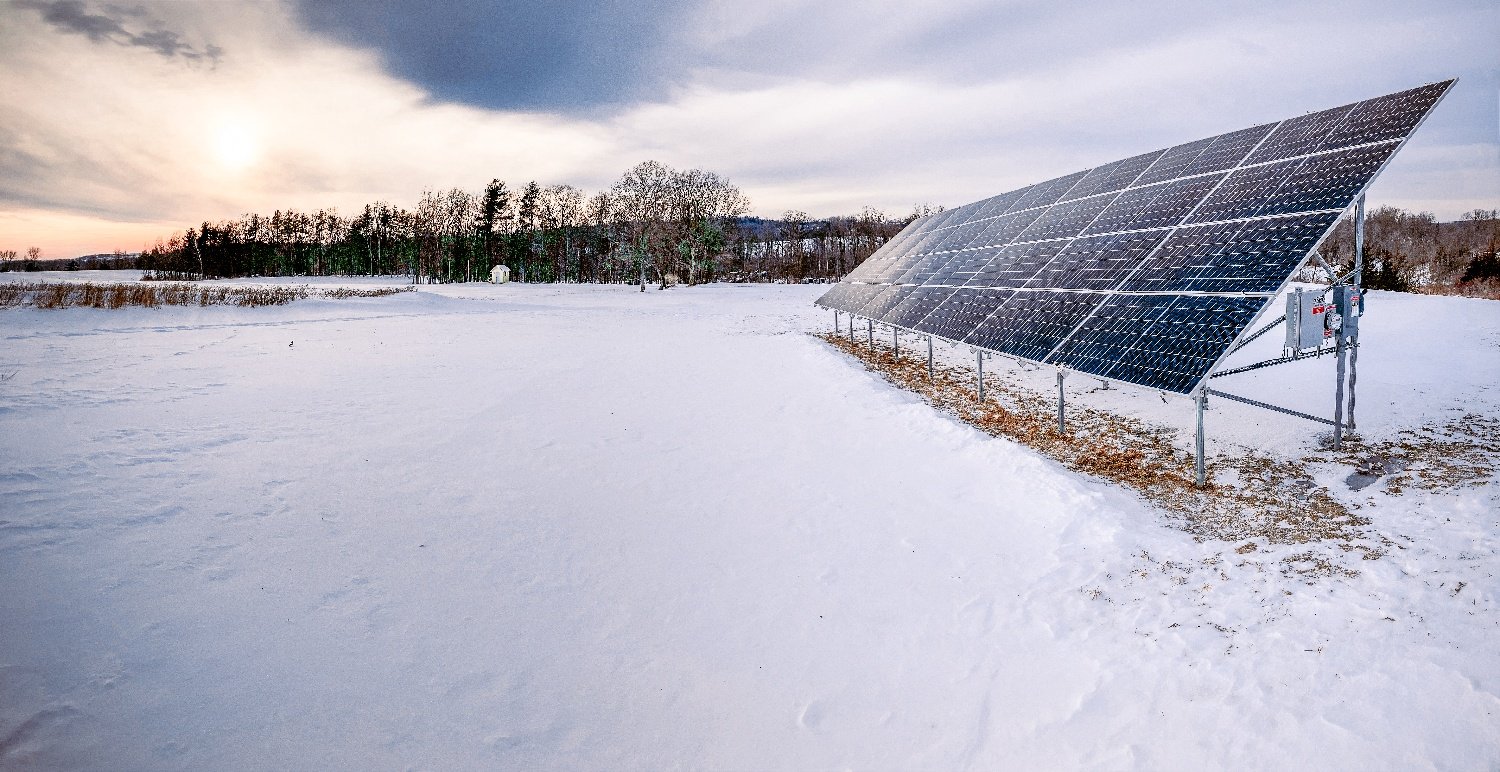